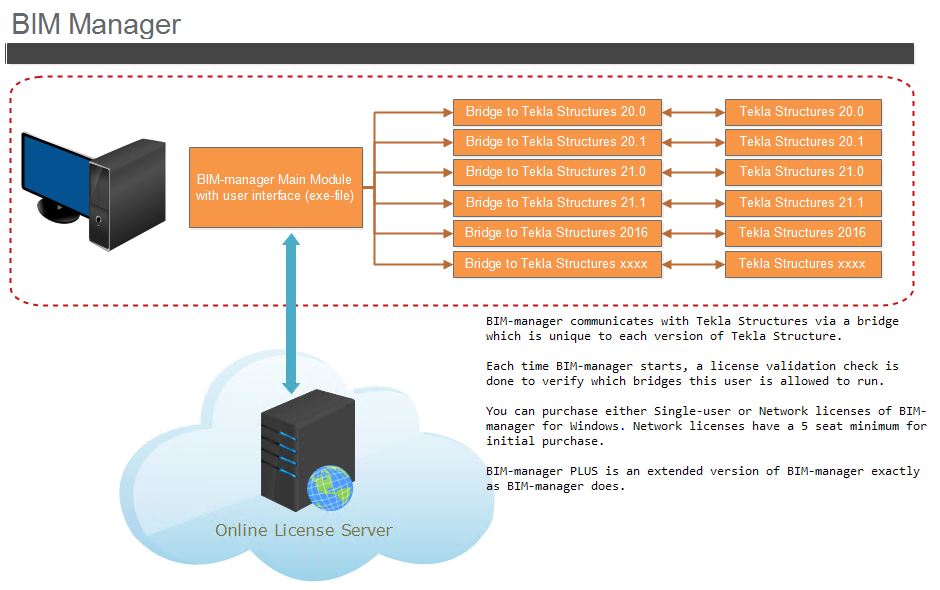 You must have a license to be able to run BIM-manager. The license is stored in a InAdire Teknik-operated server in the cloud, and the software points to that license.

Installed on any number of computers, regardless of how many network licenses you have.
Users sharing a network license can work on different machines, with the maximum number of simultaneous users being the number of network licenses held for BIM-manager. When the program starts it will check this against a license server on the internet. The requirement for getting run network licenses is to have at least 5 pc of licenses in the license pool.

You can order a free 14 day full working trial version.

Request a Buy or try